I was practically glued to the front door as I eagerly waited for the mailman to deliver my long-awaited package.

My doorbell goes off and I quickly sign the papers on the delivery man’s clipboard, and hurriedly yanked the sizable package out of his arms, into my grasp – praying he did not know the contents that were inside.

Once in my room, I closed the door and locked it out of paranoia of someone seeing me unboxing my long-awaited sex doll. I began to open the package, eagerly waiting to discover how my Jasmine looks like in real life.

I pretty much immediately started thinking about how she would look like all dressed up…Jasmine’s jiggling boobs and curvy body in tight see-through clothes was getting me hard, no doubt about that.

I reached out a bit just to test how the boobs felt…and oh my God they felt so real, so plump, so exciting to play with.

I felt my mouth starting to drool for her. My pants were so tight around my cock when I lifted her on my bed. Jasmine was amazing and I really could put her in any position I wanted!

Once my freshly-arrived fuck doll was on my bed I begin to fondle her because I just could not RESIST the soft and lovely texture of her skin. I slid my hand over her chest and breasts and squeezed both of her nipples.

Jasmine H-cup was HUGE and I could barely get the whole thing to fit in my mouth. At the same time, I began to undo my pants and shoved them onto the floor while still touching Jasmine’s body.

I got up on the bed and positioned the doll to be bent over. This way, I had her huge curvy sexy ass up in the air pointed right at me.

I had my dick already hard and waiting in my right hand. I moved aside her huge voluptuous butt-cheeks and started eating her pussy and asshole. Once, wet enough…

The sex doll performed better than I could ever hope! The pussy was so ribbed inside and soft that I immediately began to plow into it, using my full force to bang the sex doll with its fat ass and not have to worry about it tipping over or breaking.

After a few minutes, I decided to switch poses and had the doll lying on its back with one knee up and the other over its head. In this position, I could see her pussy lips invitingly open. I showed my dick right into it again and again. Her vagina tightly grabbed around my penis, no other real woman’s pussy has ever made me feel like this. I could feel her pussy texture in every inch – until being balls-deep inside her.

Once I began to feel myself to reach climax, I gritted my teeth and pulled out. I did that because I wanted to try out her mouth for the first time as well.

I had Jasmine lying down on her side, the upper half of her body twisted to face me while I the lower half twisted the other way, so Jasmine’s fat curvy sexy ass was facing towards me.

“Ehhha! Ahhhh!! Gahhh!!!” Jasmine moaned and cried as the tip of my dick hit just the end of the vaginal hole multiple times in a row. And, at this point, I was ready to blow my load deep inside of her. 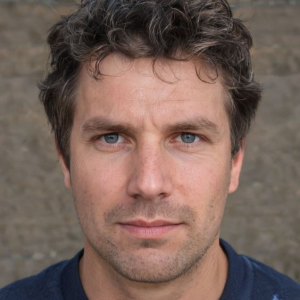 How I Jizzed In Surprisingly Tight Elenas’ Asshole